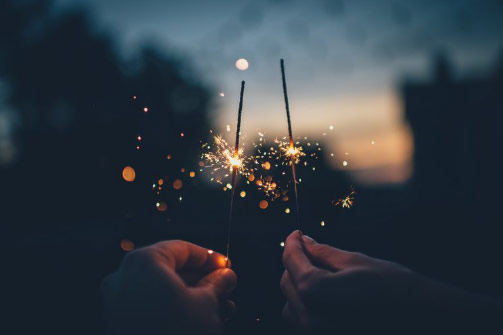 Going into the winter holiday season, we asked staff to share stories about their traditions. Read their stories below

On December 12th it is always a time in the community to participate in Dia de la Virgen. Just about every year our family goes to the Jackson County Expo for the collective honor that la Virgen de Guadalupe represents across the Mexican identity. Some have a reverence toward her Catholic/Post-colonial depiction as la Virgen de Guadalupe, while others revere her as Tonantzin, to recognize her before European colonization. More info here: https://www.mexicolore.co.uk/aztecs/gods/virgin-of-guadalupe-and-tonantzin

This event has lots of Mexican holiday food like Champurrado, Tamales, and Ponche, and serves as a massive gathering for the Southern Oregon Latino community.

This is an awesome documentary to watch in general (Hecho en Mexico), but this segment does an AMAZING job capturing the perplexity of La Virgen https://www.youtube.com/watch?v=MkjYq-hMjjY

AÑO VIEJO / END OF THE YEAR

In the country Ecuador in South America, there is a tradition on December 31 and January 1. It’s called ” Año Viejo”. A doll is created with paper, cardboard, chopped wood or similar materials (they represent all kinds of political characters, movies, etc). In addition, many men dress as women. All this symbolizes the end of the year and the doll is burned and the men dressing as women symbolize the widow of the old year. These parties are organized in different neighborhoods, competitions, dances, and large dolls are placed outside the houses.
The widows receive some money for the end of the year doll. It is an event to share with family, friends, and neighbors.

At midnight on December 31, the old year is burned. And the family is hugged. You can also eat 12 grapes that reflect each month of the next year and it will be better. You can also walk with your suitcase around the neighborhood, it is to have good luck if you want to go on a trip. There are other forms of new energies at the end of the year.

Personally, I usually eat the 12 grapes, eat dinner, and also wear a mask on my head. I listen to typical end-of-the-year music, such as salsa music. Sometimes I burn a small doll and represent the old year.

Here is a video about the events: https://youtu.be/0eRbAooSc8s

Family Christmas Eve at Aunt Kate’s and Uncle Bob’s. She always had oyster stew.
We siblings were up early on Christmas Day but always, we had to wait for my father to finish the milking.
A rousing flurry of present opening followed.
Dress up in Sunday Best and deliver Christmas cookies to Clyde and Rhea Slater, Lola Lutz, Stanton and Alta Rupert, and other shut-ins.
Pick up Grandma Catherine Salome for more Christmas presents and the noon meal which was always festive. We had pie, lots of pie.
Grandma went home and the house was ours.

HOT-POT AND THE LUNAR NEW YEAR

As autumn turns to winter in Eastern Oregon, I find myself thinking of Taiwan, my home for many years.

Taiwan is a subtropical island, hot and humid during the long summer and chilly and damp in the shorter winters. Taiwan’s winters are mild compared to most spots in North America (the island straddles the tropic of Cancer, putting it on a mid-Mexico latitude). Temperatures almost never dip below freezing in Taiwan’s cities, but high humidity makes 40 degrees Fahrenheit feel closer to 4 degrees (which is what it is on the Celsius scale). Few homes in Taiwan have central heating, and most locals make do with multiple layers and electric space heaters.

Winter is also hot-pot season, when eating with friends usually means meeting for an extravagant multi-hour long session around a shared pot of spiced broth with sliced meats, vegetables and seafood. A good hot-pot will usually contain various medicinal roots and herbs meant to ward off colds and strengthen the immune system. While Taiwan has holidays throughout the year, Winter is when the island celebrates its biggest festival, Lunar New Year. During the Lunar New Year festival, most Taiwanese head home to spend the holidays with family, meaning that normally crowded Taipei is quiet and comparatively empty. It’s a good time to get together with friends, and (if you’re lucky enough to score an invite) a great time to be invited to a Taiwanese friend’s home for a family celebration, an elaborate meal during which you’ll be treated to endless delicacies and (possibly) offered the opportunity to gamble away your holiday bonus playing mah-jongg with the grandparents.

I’m sharing a little bit about Hanukkah and Tu BiShvat, two Jewish holidays. Lots of folks know about Hanukkah, the festival of lights, that often falls around Christmas time. We light candles on a special menorah called a hanukkiah, eat latkes (an Ashkenazi tradition of fried potato pancakes–THE BEST) and celebrate a miracle from ancient times when a lamp stayed lit waaaaay longer than expected, giving people hope in a tough time. Hanukkah is November 28-December 6 this year.

Tu BiShvat is less well-known, and was new to me when I reconnected with Jewish life. Traditionally the new year of trees, it was partially intended to mark each year of a tree’s growth in order to fairly tax fruit production. Fun tax facts aside, it is a reminder that the trees start coming back to life even in the middle of winter. To celebrate, we eat dried fruits and nuts (y’know, stuff from trees), and take some time to appreciate how important trees are for our world. Tu BiShvat is January 16-17th 2022.

Note: Jews celebrate in many different ways, with different interpretations and traditions. This is just mine 🙂